Is It Dementia or Delirium? Or Both? 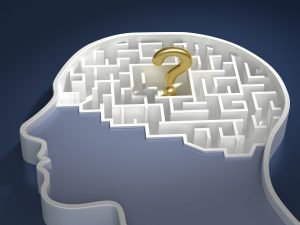 Dementia and delirium: although sometimes used interchangeably and often confused, these two conditions have significant differences that are crucial for anyone caring for the elderly to understand.

Dr. Verna Benner Carson, creator of the Alzheimer’s Whisperer® program, defines dementia as “a progressive and serious loss of cognitive ability in a previously unimpaired person.” Symptoms include loss of memory, loss of the ability to perform certain tasks, and loss of the ability to recognize once familiar people and objects.

Delirium, on the other hand, presents abruptly (over a matter of hours or days) and symptoms fluctuate during that time. This waxing and waning of symptoms usually points to an underlying medical condition that must be uncovered and treated immediately.

Risk factors for delirium include:

There are occasions where delirium accompanies a dementia, such as Alzheimer’s. The underlying cause is frequently either a urinary tract infection or a problem resulting from multiple medications. Since those in later stages of Alzheimer’s are unable to communicate pain or distress, it’s imperative that caregivers stay vigilant to nonverbal cues, such as expressions of discomfort when urinating or subtle behavioral changes.

In addition to medical intervention to treat the underlying cause of the delirium, behavioral intervention can be beneficial in treating psychiatric issues, by helping orient the person to the reality of who and where they are, and by reducing outside stimulation to promote a calming environment.

As the only certified Alzheimer’s Whisperers in the entire Phoenix, AZ region, the staff of Nightingale Homecare are fully trained and passionate about helping those with Alzheimer’s and other dementias to live life to their fullest potential. Call us at 602-504-1555 to learn more about our specialized dementia care services, or to arrange for an evaluation by one of our registered nurses.

Senior Men’s Health: Are the Men in Your Life as Healthy as They Should Be?

Start the New Year with a New Career: Caregiving!