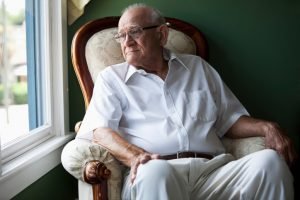 At Nightingale Homecare, a premier Sun City home care agency, we truly value and respect older adults. The wisdom they’ve gained throughout their lives is priceless, and we have so much to learn by making time to listen to the stories and lessons they have to share.

Unfortunately, this isn’t the case for our country as a whole. While many societies across the world celebrate and embrace their elderly population, sadly, America discriminates. “Ageism” exists throughout our society, including in our health care system; it works to deny our elderly population proper medical care and preventative treatment, ultimately affecting not just the elderly, but those who love and care for them.

Dr. Robert Butler, who coined the term “ageism” and later became the founding director of the National Institute on Aging, wrote a Pulitzer-prize winning book in 1976 on being old in America: Why Survive? Being Old in America. Dr. Butler defined ageism as “a deep and profound prejudice against the elderly which is found to some degree in all of us…ageism allows the younger generations to see older people as different from themselves; thus they subtly cease to identify with their elders as human beings.”

Adults 65 and older made up just over 14 percent of the U.S. population in 2013, and are expected to grow to nearly 22 percent by 2040. The number of people aged 85 and older is forecast to triple from 6 million in 2013 to over 14 million in 2040. Even with our population aging rapidly, only about 10% of U.S. medical schools require work in geriatric medicine. The American Geriatrics Society reports there are only about 7,600 physicians nationwide certified as geriatric specialists, not nearly enough to meet the current demand of our aging population, let alone the future demand.

Ageism also appears to play a role in the psychology of elder adults themselves; often contributing to individuals underestimating their own physical and mental capacity. This can lead to premature loss of independence, early disability, depression and even death. A recent study published by the American Psychological Association found that elders with positive perceptions of aging lived an average of 7.5 years longer than those with negative images of growing older.

Within the health care system, it is common for practitioners to view many serious and treatable conditions as “just a part of aging.” With this, opportunity is lost to treat, prevent and improve the lives of millions of elderly people. Not only are the elderly under-treated or not treated at all, they are also over-treated for conditions when practitioners do not take into account other chronic diseases the elder may have, and metabolic changes with aging. One of the reasons for over- and under-treatment is lack of communication between the physician and the older patient. Many older patients complain that their physicians do not talk directly with them, they are often talked down to, or communication is between the elder’s caregiver and physician and the patient is often left out of the conversation entirely.

Unless the attitudes that prevail on how we view our elderly change, we will all likely discover that the quality of our health care decreases as we age. We need to all start changing any unpleasant perceptions of what it means to grow old and embrace what it really is: a normal process of living that doesn’t always mean dependence, decline and disability. Changing our thinking towards the elderly ensures that our elders are not isolated from society and viewed as contributors to it.

To learn more about a partnership with senior care professionals who provide the utmost respect for our community’s elderly residents, contact the top Sun City home care agency, Nightingale Homecare. We’re committed to enhancing independence and self-worth in each senior we care for, improving overall quality of life, in addition to safety and security. Contact us at (602) 504-1555 to learn more.